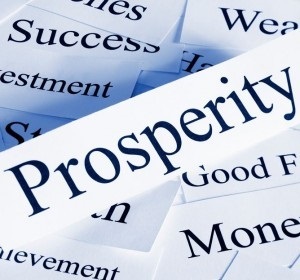 Overview: Stronger than expected data in several important areas was good news for the economy but was negative for mortgage rates over the past week. Strength was seen in the labor market, manufacturing, and services. Mortgage rates ended the week higher. (So if you are thinking of buying now is the best time to lock in those rates before they get higher. Call Gloria Now for information on how to get financing advise for the purchase of a new home.

Friday's key monthly Employment Report revealed that the economy added 223,000 jobs in May, above the consensus forecast of 190,000. In addition, upward revisions added 15,000 jobs to the results for prior months. The economy has gained an average of 207,000 jobs per month so far this year. Economists generally estimate that job gains of just 100,000 to 125,000 per month are needed to absorb the growth in the labor force, so readings above 200,000 are viewed as quite strong. The unemployment rate declined from 3.9% to 3.8%, the lowest level since 2000. Average hourly earnings, an indicator of wage growth, were 2.7% higher than a year ago, up from an annual rate of increase of 2.6% last month.

Two other closely watched reports released over the past week also beat expectations and suggested that the economy continues to perform at a high level. The Institute for Supply Management (ISM) Manufacturing Index rose to 58.7, and the ISM Services Index increased to 58.6. Readings above 50.0 indicate an expansion in the sector. Levels above 60.0 have rarely been seen since tracking of this data started in the late 1990s.

Week Ahead
Looking ahead, the next U.S. Federal Reserve meeting will take place on June 13, and investors expect the Fed to raise the federal funds rate by 25 basis points. This will be followed by a European Central Bank (ECB) meeting on June 14. No policy changes are expected at the ECB meeting, but investors will be looking for guidance about the timing of future actions. For major U.S. economic data, the Consumer Price Index (CPI) inflation report will be released on June 12, and the Retail Sales report on June 14.